You are here: Home / Beauty / Skincare: No Wrinkles Tired Eyes by This Works

There are camps for both sides of whether or not an eye cream is a necessary item in your beauty regime.  Most people probably just take their general moisturiser everywhere; others apply special re-hydrating eye masks full of collagen, gold, stem cells, and the tears of a unicorn; and more who basically just flick the crusty sleep from their eyes and go.

I began using eye cream a few years ago when eczema started spreading to select parts of my face and eyes.  The weeks and sometimes months of constant scratching and rubbing took their toll and my usual moisturiser just wouldn’t heal the skin around the eyes; I wasn’t willing to use steroid cream so close to mucus membranes either.

The main problem for me was that after an attack, the skin was left incredibly dehydrated, inflamed, and tender.  The surface resembled one of those drought photos with all the cracked soil, but the substitute the soil in the below photo with my skin instead.  Real pretty. 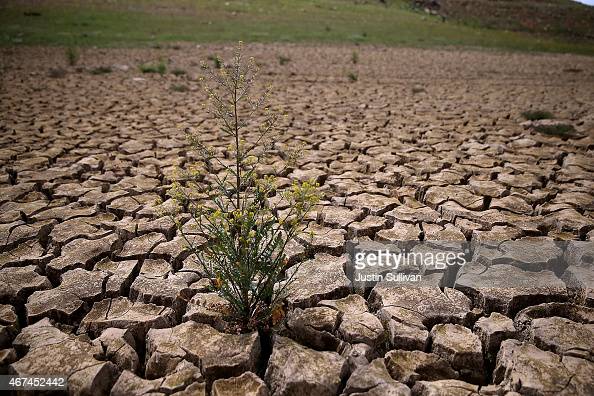 My biggest lifesaver came from the No Wrinkles range from This Works.

The spiel claims to defend against wrinkles, puffy eyes and dark circles through an ingredients list that includes Persian silk tree extract, retinyl palmitate, and other botanical oils.

From the off, the formula contains many general and commonly used humectants like glycerin and butylene glycol.  The addition of shea butter means the texture is very thick and may be too much for those who don’t need the extra oil.

Essential oils are also listed but they are pushed further down the inci list, well after phenoxyethanol (which is a preservative) so we can assume that the actual amount of essential oils is quite low.

For those super sensitive, note also the inclusion of mica (a reflective light particle, which gives the cream a teeny tiny bit of very subtle sparkle to ‘brighten’ the area), along with menthol and added fragrance.  Personally I didn’t really feel the menthol, and the fragrance was nondescript.

What I found interesting

What interested me the most was the inclusions of retinyl palmitate.  Retinyl palmitate is a form of vitamin A, and an ester (a cousin) of retinol, being about 20% as strong and therefore a gentler version.  Retinol applied topically helps exfoliate the surface of the skin and stimulates collagen fibre growth.  Collagen is of course that wonderous protein that gives our skin and hair elasticity and bounce.

I thought the retinyl palmitate in the formula would help to exfoliate the scaly bits of skin around my healing eyes but as it turns out, retinyl palmitate doesn’t actually exfoliate, unlike its stronger cousin.  At any rate, whether it was the collagen stimulating properties of the retinyl, the thick, hydrating and nourishing nature of the cream, or the power of a placebo, this stuff fixed my eyes up within a month.

In fact the skin has healed to such a degree that I can’t detect any scarring that eczema sufferers so often are left with when their skin recovers enough to grow back its dermis after it’s been ripped raw.  The texture of my under eye has been restored almost completely, and I now turn to this cream whenever I’ve just had a bout of inflammation, or as an extra juice kick of moisture when the atmosphere has been particularly drying.

As a side note, I have very oily eye lids and I used to get milia all the time, but continual and sometimes very enthusiastic use of this cream hasn’t increased incidence of those little white dots, a problem some may find if they usually use an ordinary moisturiser for their whole face.

A full pump from the dispenser is way too much for both eyes, so I just depress until a half carat diamond amount or so appears and apply directly under eyes and around the orbital bone.  So far this 15ml bottle has lasted me for a good year or more, with a bit of a break in usage now and again.

Find No Wrinkles Tired Eyes at Mecca, Look Fantastic, Beauty Bay and a host of other online stores.